Our system automatically create a backup of each website with our unique control function. When sites don’t work the way they should, we will notify you so that you can take action before your clients even know!

Discover the many ways WP Monitoring protects your WordPress Sites.

It will save a lot of time on the maintenance of sites. 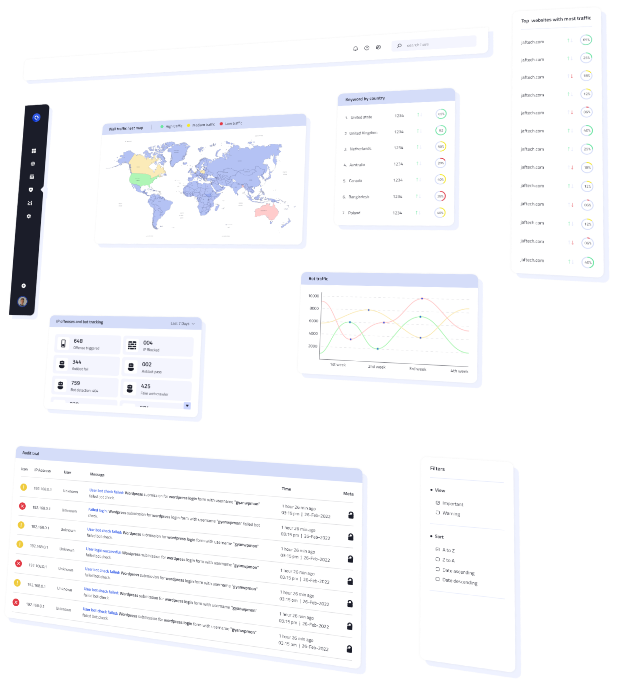 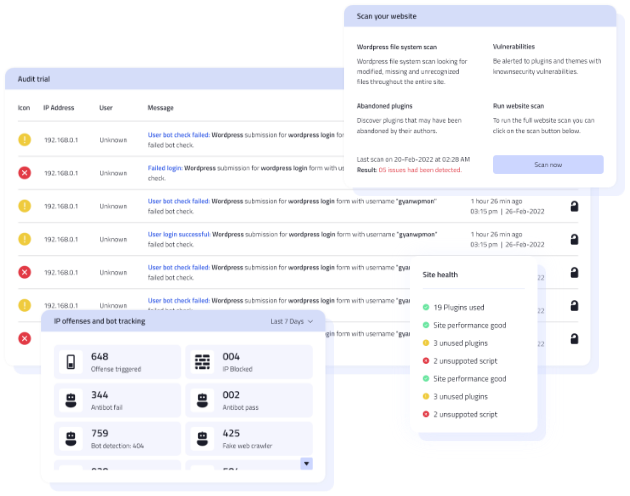 The threat lies not just with WordPress itself, also the wide range of third-party plugins used by WordPress users. Many developers or owners of WordPress websites have experienced attacks and hacks due to vulnerabilities in plugins.

Since WordPress is used by more than 40% of all websites in the world, it is not surprising that it has also recorded the most number of vulnerabilities among the most widely used content management systems.
Learn more about our security in depth here!

After each update cycle our Visual Regression AI closely compare your website before and after the updates. If our system finds that the website has changed or has non-functional elements it will restore the backup, and the updates are reverted. 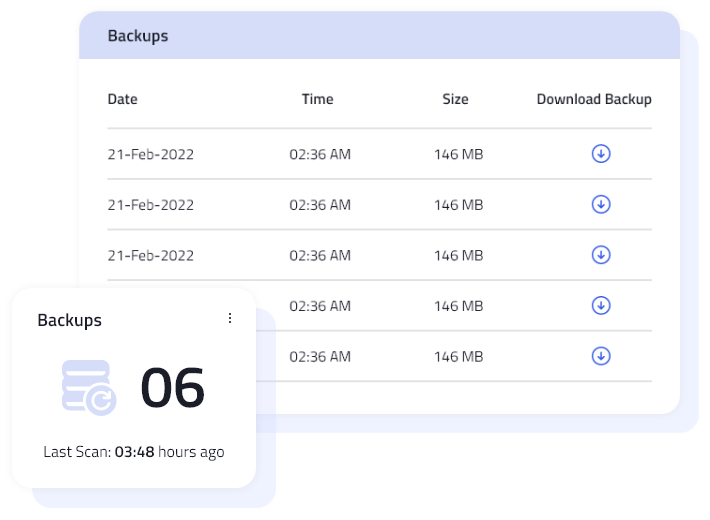 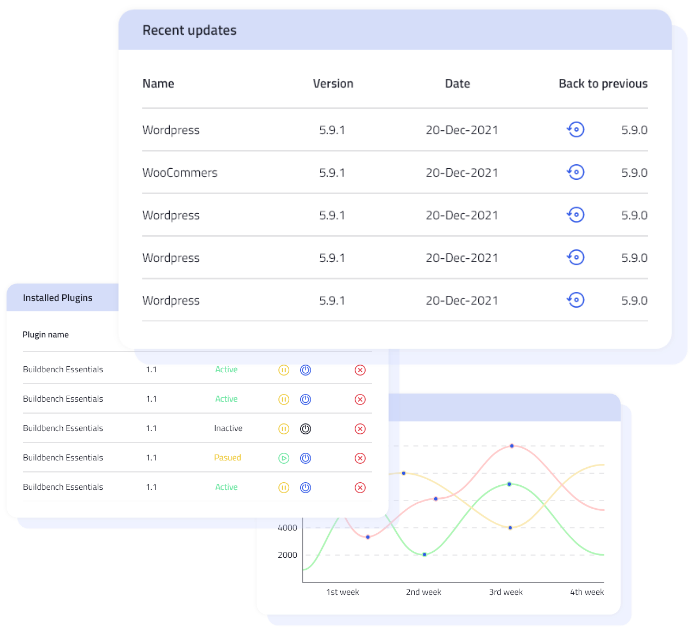 Currently, about 40% of all websites around the world uses WordPress. Many sites created by the CMS are not all up-to-date at all. Research shows that 53% of all Wordpress sites are outdated. This means that the WordPress versions of the websites are lower than version 5.6 (25% outdated (< v5.3) 16% is even very outdated (< v5.0).

WP Monitoring uses a unique Uptime Monitoring system where it looks at all pages. When a website is offline for more than 15 minutes you will receive a notification by email and on the dashboard. This way you know before the customer does when something is wrong. 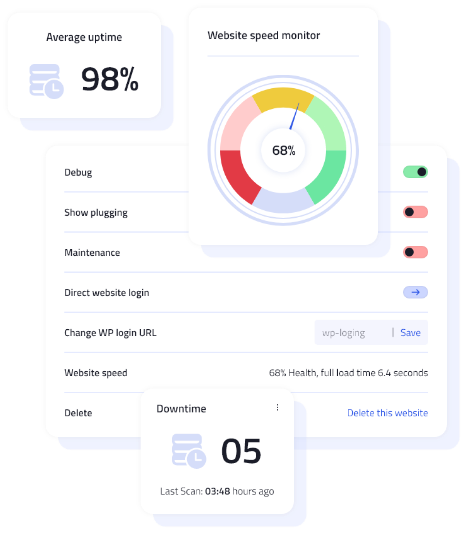 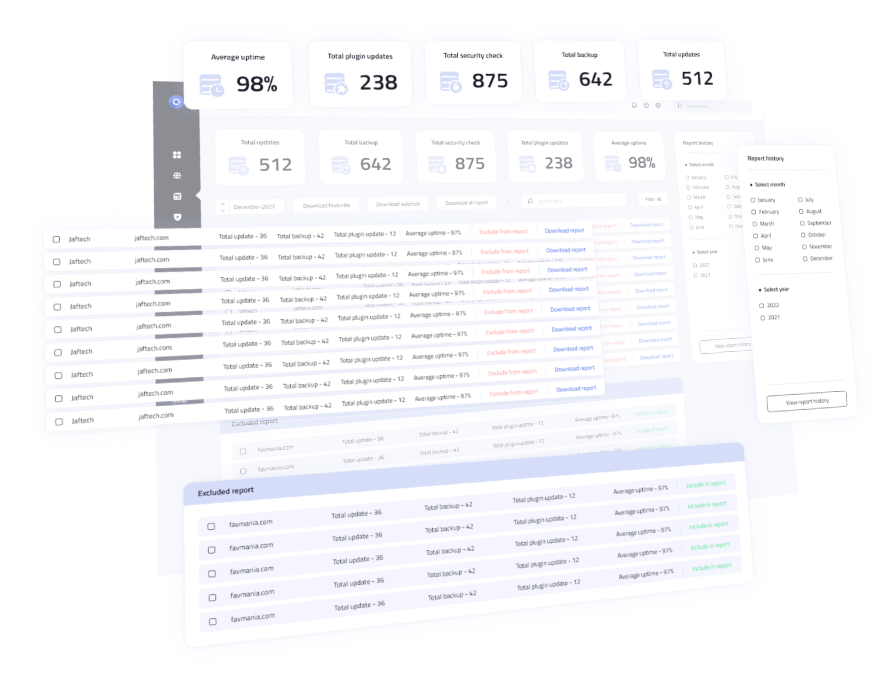 Every month a report will be created for each site you manage on WP Monitoring, which contains detailed information on Updates, Backups and Security information which you can share with your client. The best part is that the whole system is white-labeled, so you can use our platform without your clients knowing.

Our reports give your clients more insight into why they pay a monthly maintenance fee. It’s easier for you to show what’s been done on the site and create value on the monthly fee.

Join tens of businesses who are automating
their WordPress Maintenance now.

If you have questions you can write a mail or call us directly and we will answer you with full potential as soon as possible.
Get Started Now